Looking for an alternative to lemon or vinegar as an acidic ingredient when wine is going to be served? An excellent option is Verjus, that is (literally) green juice from unripely harvested grapes. Compared to vinegar the acid is milder and 'rounder', the flavour is fruity and more complex than that of lemons. Being common in the middle ages it gradually fell into oblivion and gains increasing popularity in the culinary scene only recently. We were curious and tested Austrian Verjus today: 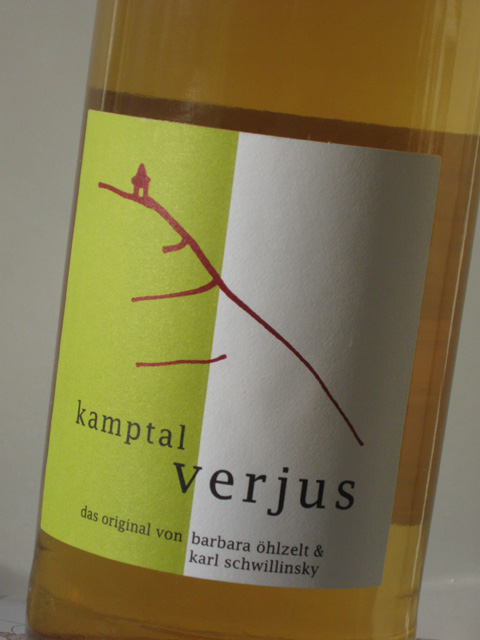 Kamptal Verjus, a winemaker's (Barbara Öhlzelt, aka the 'Weinberggeiss'!) varietal green juice from Veltliner grapes (2008). You get the taste of sour grapes, of course, but with other nice fruity flavours (green pears, citric fruits), it's crisp and quite homogeneous. It did very well as ingredient to salad dressing, with fish (zander), and as a drink (spritzer, with elder syrup...). It's a very versatile and inspiring discovery - and we haven't even tried it with wine yet.

... can be found in german at www.elmar-lorey.de/Agrest. History, producer, recipies - you name it.
By the way, Elmar Lorey was in the editorial staff for 'Neues aus Uhlenbusch'. German cult television (Auweia, auweia, der Hahn legt keine Eier...).

I had never heard of that and

I had never heard of that and will definitely try it, as I all too often reach for a lemon when preparing food.