In a large blind tasting that pitted a selection of German Pinot Noirs against a wide range of international contestants, seven out of ten of the top ten scored bottles were German. This was widely publicised - not least on the Wine Rambler's Twitter account, of course - and even made some small headlines in the German general press. To be honest, I think you're well advised to take tastings of this kind with a pinch of salt, as they tend to follow their own marketing rules and cycles, and are often designed to fit into a Judgement of Paris kind of narrative. You can't help noticing, in fairness, that no Grand Cru Burgundies of the battleship class were lined up. 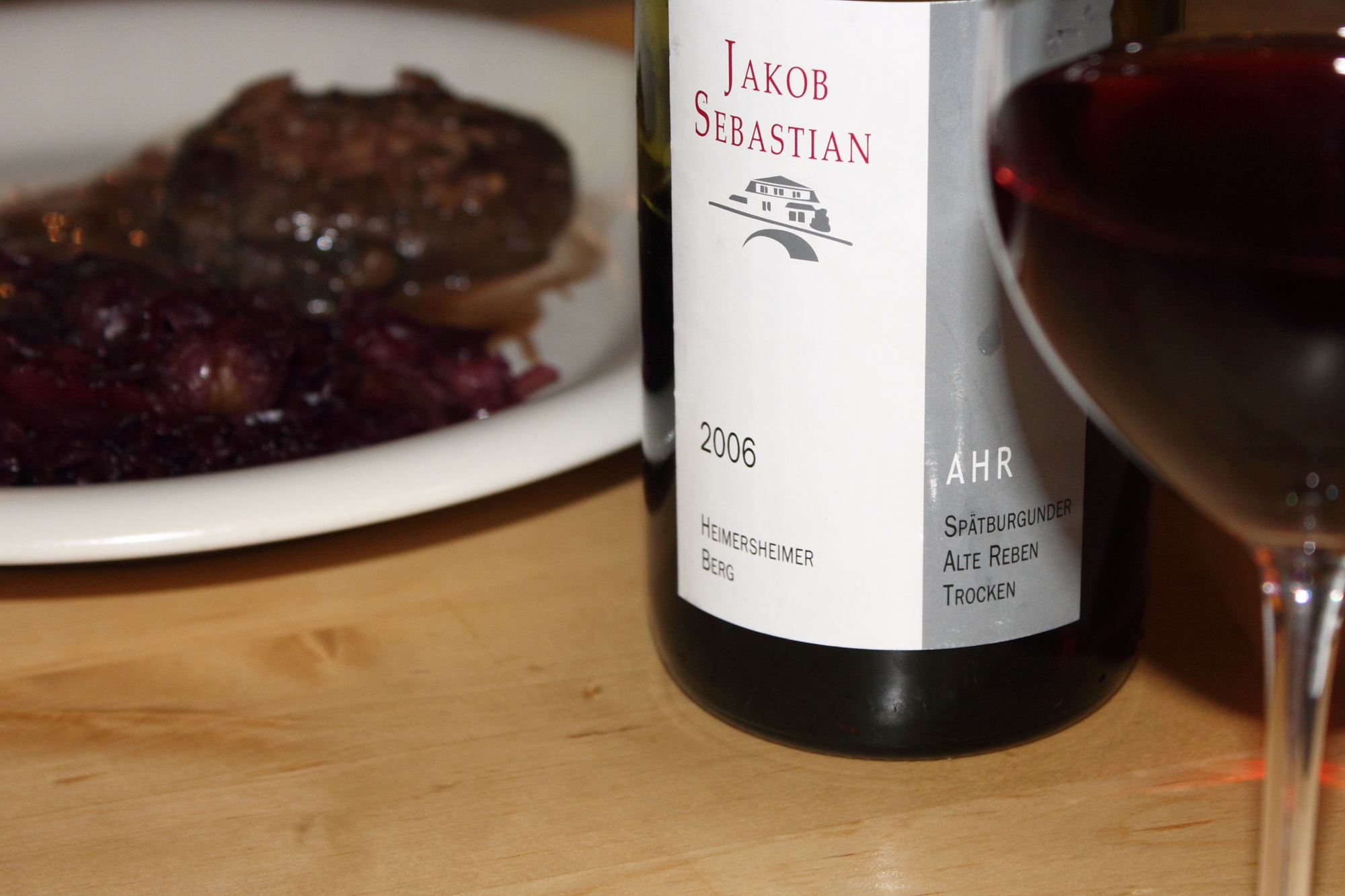 But I was pleased nonetheless, of course, because it underscored the validity of the case we've been making since the beginning of this blog: German Pinot Noirs can be very, very serious and deeply satisfying reds. And we have another one of these for you right here:

You may not have heard about the Ahr. It is a small tributary of the Rhine; it is also a valley; and it is also a wine growing region. And a very unusual one too. Despite being located far north between 50th and 51st parallel, the Ahr is red wine country - way over 80% of all grapes grown here are red because of a favourable micro-climate. And one of the producers best know for Ahr red wine is Jean Stodden, "das Rotweingut" (the red wine winery). 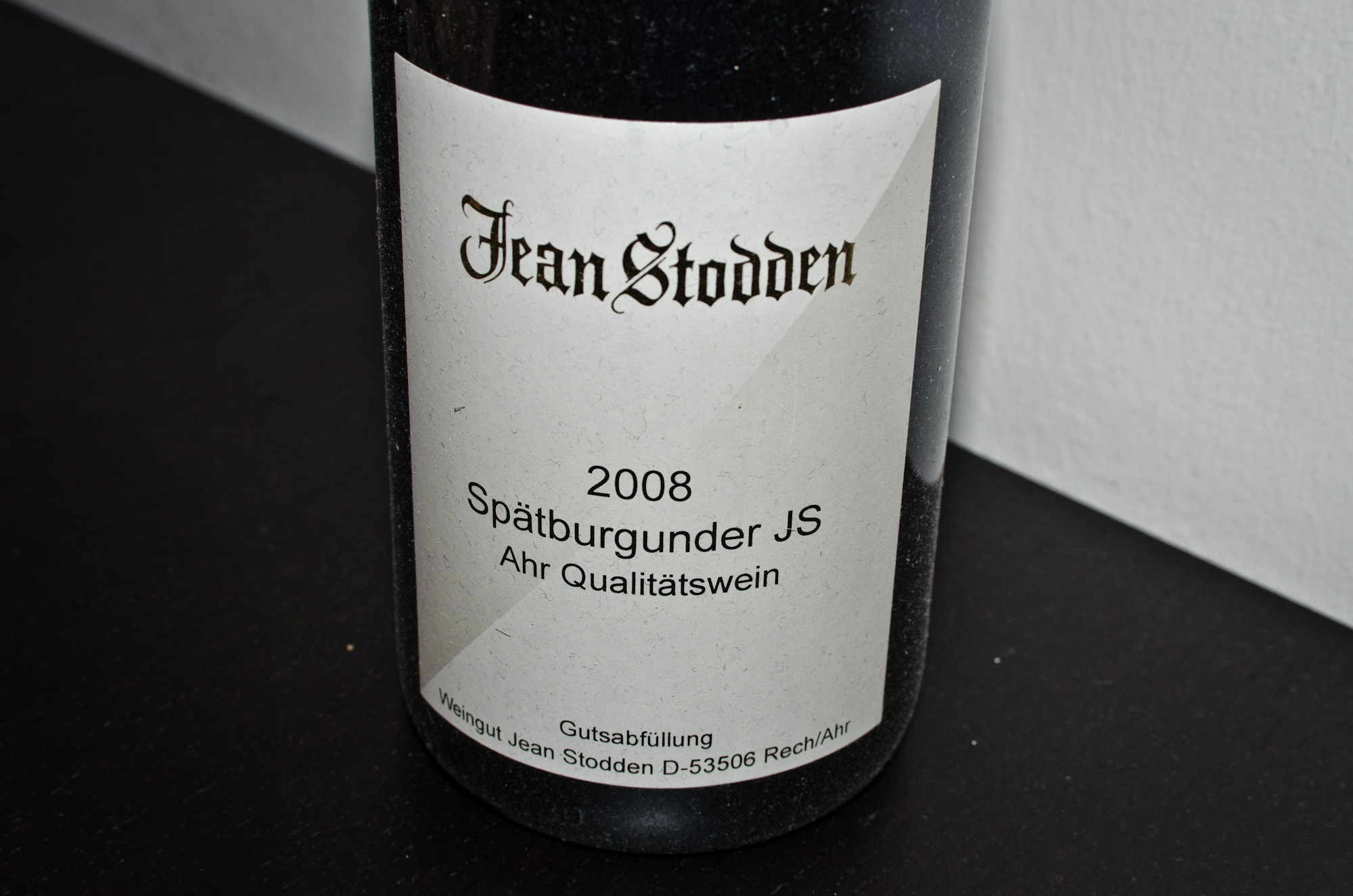 It is almost shocking that in over two years of wine rambling we don't seem to have featured a single Ahr wine, and to change that Stodden seemed the obvious choice.