Piesport is the name of a wine growing village in Germany. On steep hills along the Mosel, some of Germany's best Riesling is grown. "Piesporter Michelsberg", however, only indicates that the wine comes from grapes grown somewhere in the area. It is a designation no quality producer with a good vineyard there would use, so when you find it on a label you are most likely looking at a mass-produced wine that will probably not even contain grapes grown in Piesport itself. 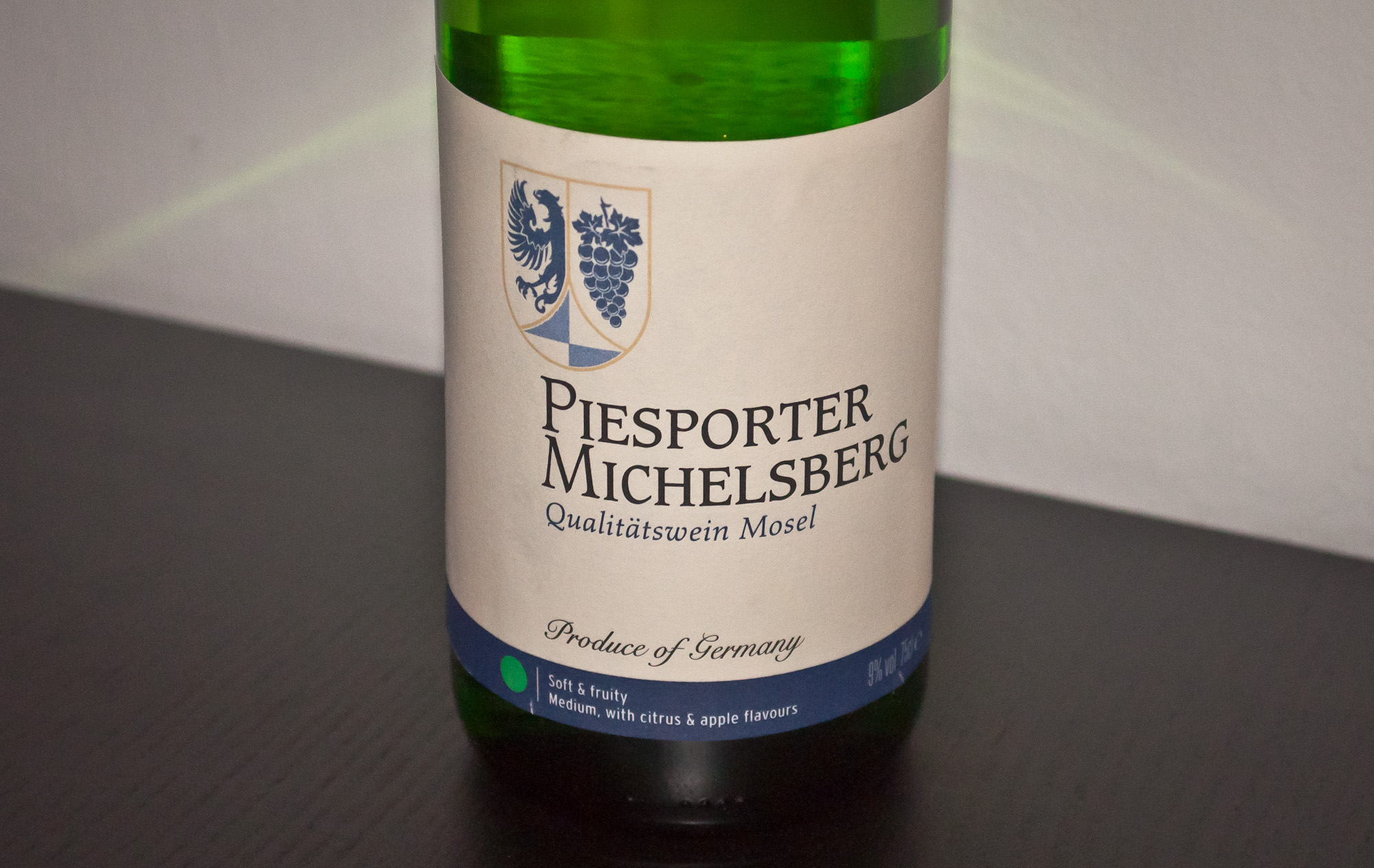 I bought my Michelsberg for £3.99 from Sainsburys as part of a blind tasting experiment in cheap German wine. How did it fair?

The colour is a light straw, not really indicating much substance, and the same has to be said for the bouquet that just pales. The wine smells vaguely chalky with aromas of nail polish and indifferent fruit, more on the apple side perhaps. You really have to concentrate to pick up any specific aromas, such as hints of spicy nut.

On the tongue the wine is as light as it looks. A little juicy and citrussy, a little watery too, not too sweet with a soft finish that was vaguely yeasty and hinted at muscat. Inoffensive is the best way of describing it - although that does not quite apply on the second day of my experiment when an unbalanced bitterness that previously was only hinted at became more prominent.

If you read the small print on the label, you will see that Sainsburys recommend drinking the wine within six months of purchase. There is good reason for that as the Piesporter does not have the substance to last. Even when you drink it immediately after purchase, I wonder why you would want it as for a pound more you can get so much better, and for a pound less you get wines that are not that much worse.

Not sure why I love this…

Not sure why I love this vine, but it becomes my favorite. I adore the taste and flavor and body. I guess it is like foling in love. Not sure what to expect but exciting feeling won't go away...