Blue Nun is a German wine label that is very successful in the UK. Known for relatively inexpensive, off-dry wines, Blue Nun is especially marketed at younger women. I am not one of those, but in my quest to explore inexpensive German supermarket wine I have reviewed one previously (see also for details on the brand), and now it was time to brave it a second time. 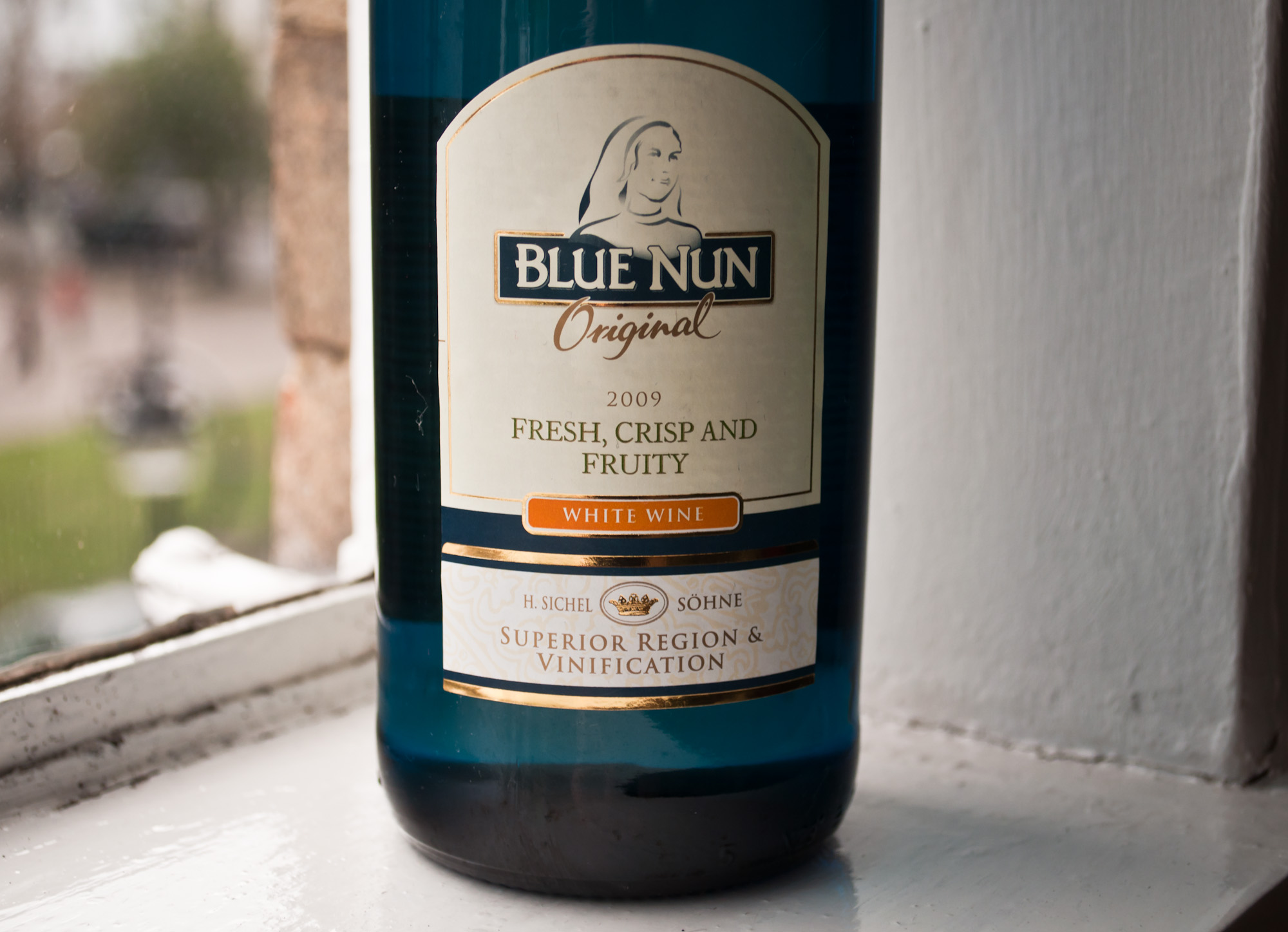 I bought the 2009 Blue Nun at Sainsburys as part of a blind tasting experiment involving cheap German supermarket wines. How did the £4.29 wine fair?

The colour is a pale, very light straw. Relative to the other cheap supermarket wines the nose is more distinct and multi-layered, with aromas including melon, fruity peach, walnut, yeast and nut oil; this does not mean to say that the fruit is well defined though, and for me the aromas do not really come together. The Blue Nun is also more expressive on the tongue than the other contestants. While "more" is usually good for flavour, in the case of the Blue Nun it also brings out more of the bitterness that all these wines seem to have. This again gives the wine a somewhat unbalanced feel, especially in the finish.

Leaving the Blue Nun in the fridge for a day emphasised that it had more substance than the Liebfraumilch and Piesporter I pitted it against. Smelling the wine it was easier to pick out distinct fruit notes, such as green apple and stone fruit. Sadly, the bitter, fermented fruit notes were stronger too. On the tongue the second day brought out more fruit too, peach and a light mineral grapefruit tingle in the finish.

With more character, more aroma, more flavour and a better finish the Blue Nun should in theory be the best of the cheap German supermarket wines I tasted so far. However, it is also the most expensive and because of its relative intensity the bitterness is more irritating.

If my main concern was price I would go for a cheaper wine and drink it as cold as possible - you get less but also less annoyance. If my main concern was quality, well then none of those wines qualify, especially as a quid more buys you nicer wines. So for me the Blue Nun sits somewhat uncomfortable in the middle. And as I find it hard to even just call it decent I am fairly certain I will not touch one again.