For two weeks I have been agonising about whether to write this wine review or not. I knew that there was no way I could do this wine justice, but I also felt I had something that needed to be said. What makes for a very pompous start does actually come down to a simple lesson: if you are exhausted and have a cold, don't open a wine you want to write about. So, kind reader, take this review with an even bigger pinch of salt than you should take any tasting notes.

Maybe I can make up for the lack of being precise or fair in my description of the wine by giving it a little context. Regular readers of the Wine Rambler will know that we are on a mission to explore English wine. Some of our past exploits have been failures, some boring, some great successes. All were fun. So when I headed out to the Sussex coast earlier this year to visit Hastings with friends, we made a detour to the Carr Taylor winery. Back at home I found that mysteriously a bottle of an award winning sparkling wine had found its way into my rucksack. 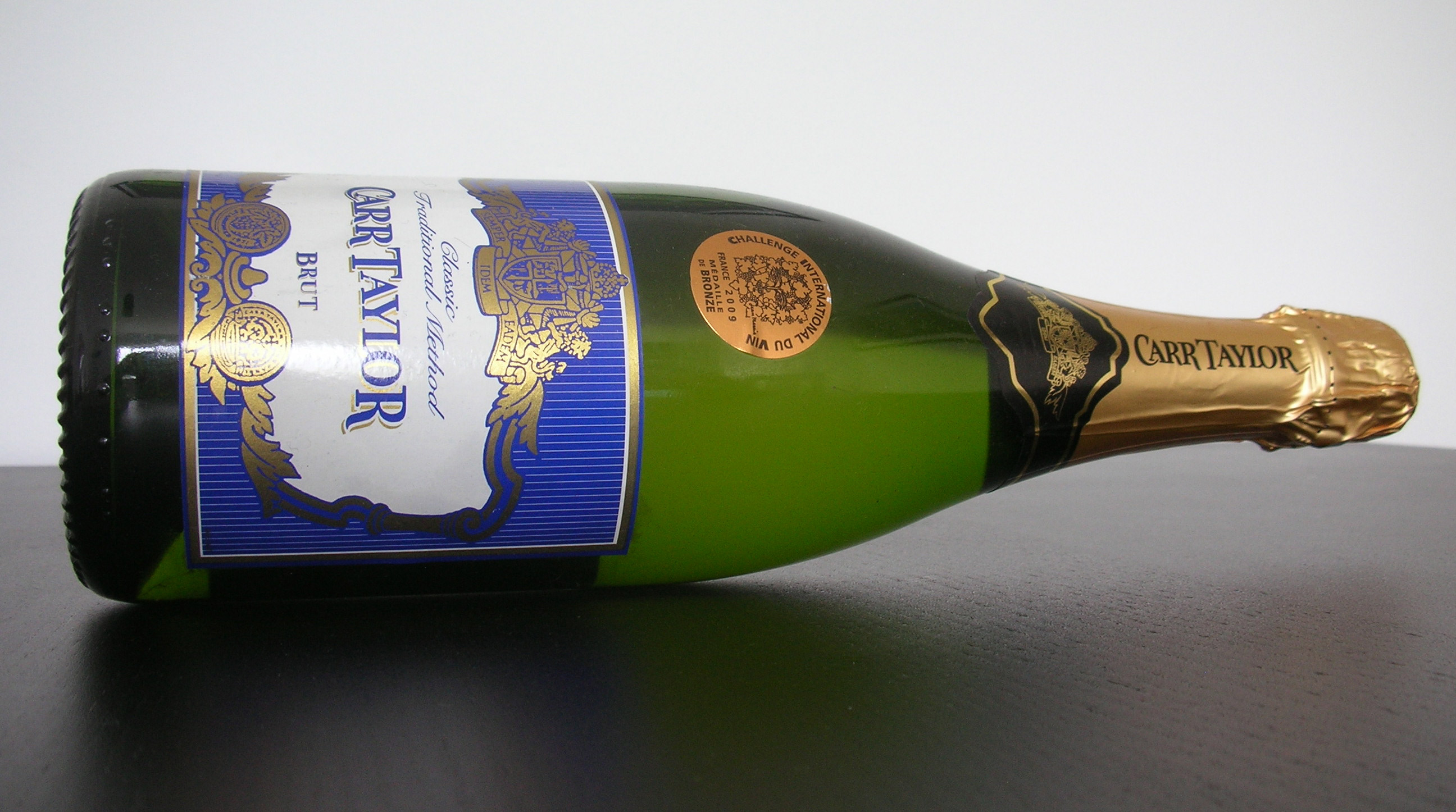 The Carr Taylor winery came into existence in 1971, when David and Linda Carr Taylor after some deliberation decided to plant vines instead of the not so profitable and not so exiting corn and hay - the alternative options they had considered (suggested by a soil analysis) had been onions or white roses. Since then the vineyard (on free-draining sandy soil rich in iron ore minerals, with a thin layer of clay shale) has been expanded to 37 acres. 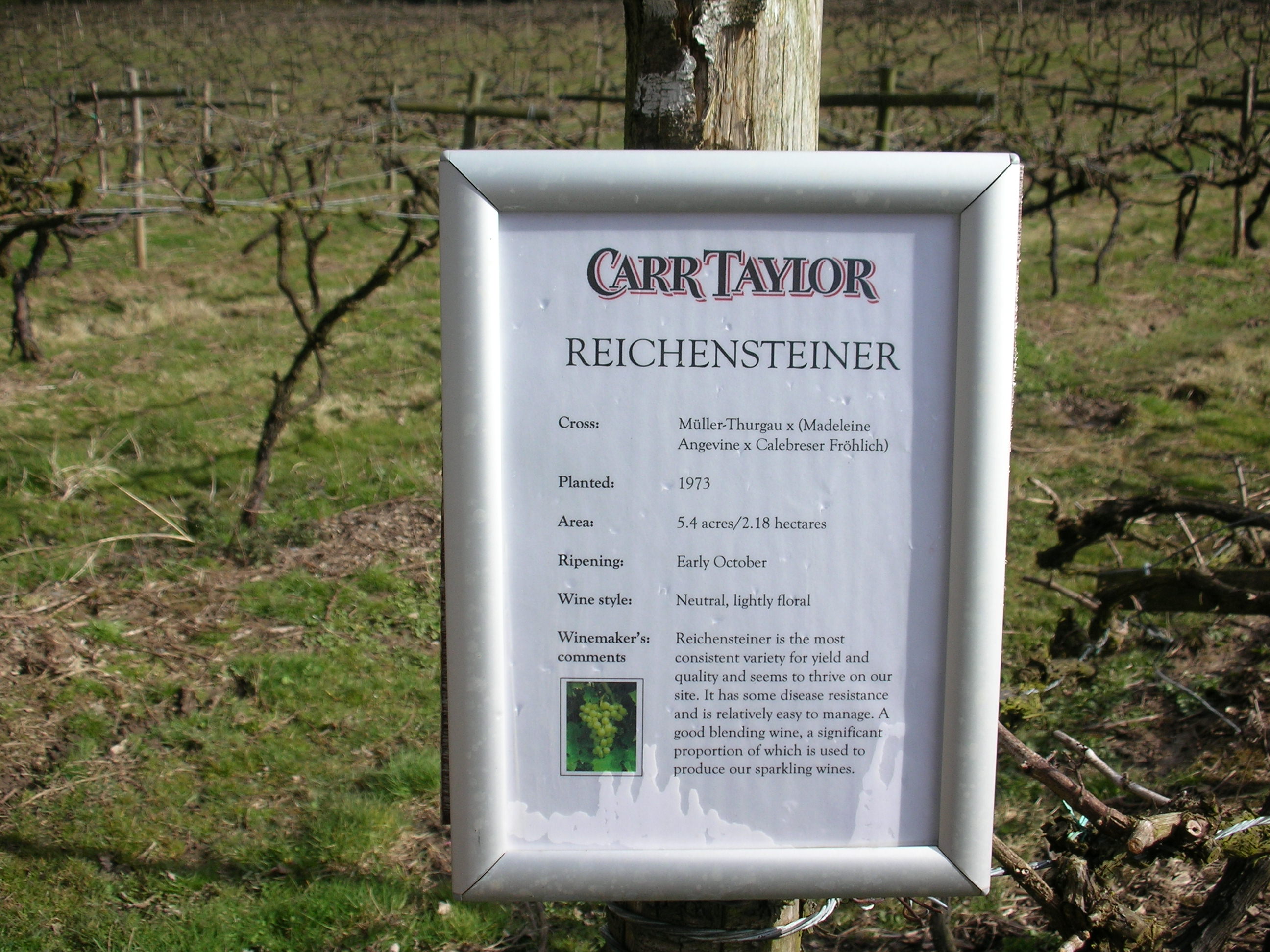 In 1984, they decided to try their hand on sparkling wine, made in the traditional Champagne method. In 1988, the first year's production of sparkling wine was awarded a gold medal at the Concours European des Grands Vins beating, as the Carr Taylor website informs us, '1,800 champagnes and traditional method wines from around the world'. Since then, the Carr Taylors have won a range of awards for their wines, and the non-vintage sparkler I bought at the winery this spring had been awarded a bronze medal at the 2009 Challenge International du Vin.

And this now brings us back to my side of the story. There I was sitting in London, not feeling too well - but wanting to celebrate - with two friends who also were not at their best. The following scene led to lots of swirling of sparkling wine in our glasses, and comments like 'Very aromatic. There is some fruit here, but I cannot really smell what it is'. Great tasters we were.

Looking at my notes from the event, we were indeed faced with an aromatic nose that featured ripe fruit, possibly quince and passion fruit (on which there was no consensus), and I got some fruit flan (that was contested). What we all agreed on was that the bouquet was enticing. We also agreed that the wine was very good to drink and well balanced, with a pleasant, creamy sweetness. Other than that I honestly cannot say any more (as it would become pure fiction), other than that despite our feeble state we downed the whole bottle and we also felt that pairing it with scallops brought out a great new dimension in the wine.

Maybe it is best you forget the details from the last paragraph altogether and just remember that (and that is the only thing I am sure on) this is a really good wine that yet again demonstrates the great quality of English sparkling wine, even in the lower price range. Cheers to that.

Haha :) I really hate to have

Haha :) I really hate to have a cold when opening a good wine... But friends deserve good bottles, even if they have a cold themselve :P

In reply to Haha :) I really hate to have by Alex

I could not have said it

I could not have said it better!

I like the not-quite-springtime-yet-better-bring-the-woolen-sweaters-but-isn't-it-good-to-be-outside-for-a-bit feeling of the vineyard photos. And I'm very glad that you ended up posting this report after all, just like the choice of wine over onions seems to have been well made by the Carr Taylors.