Northwest of Stuttgart, there is a land of wooded hills and industrious little towns called the Stromberg. In the Stromberg, there is the tiny village of Schönenberg. In Schönenberg, there is an Inn called Lamm, the lamb. There, I've had some of the best, most unpretentious Swabian regional food of my life, and took away this bottle of home-produced Lemberger. 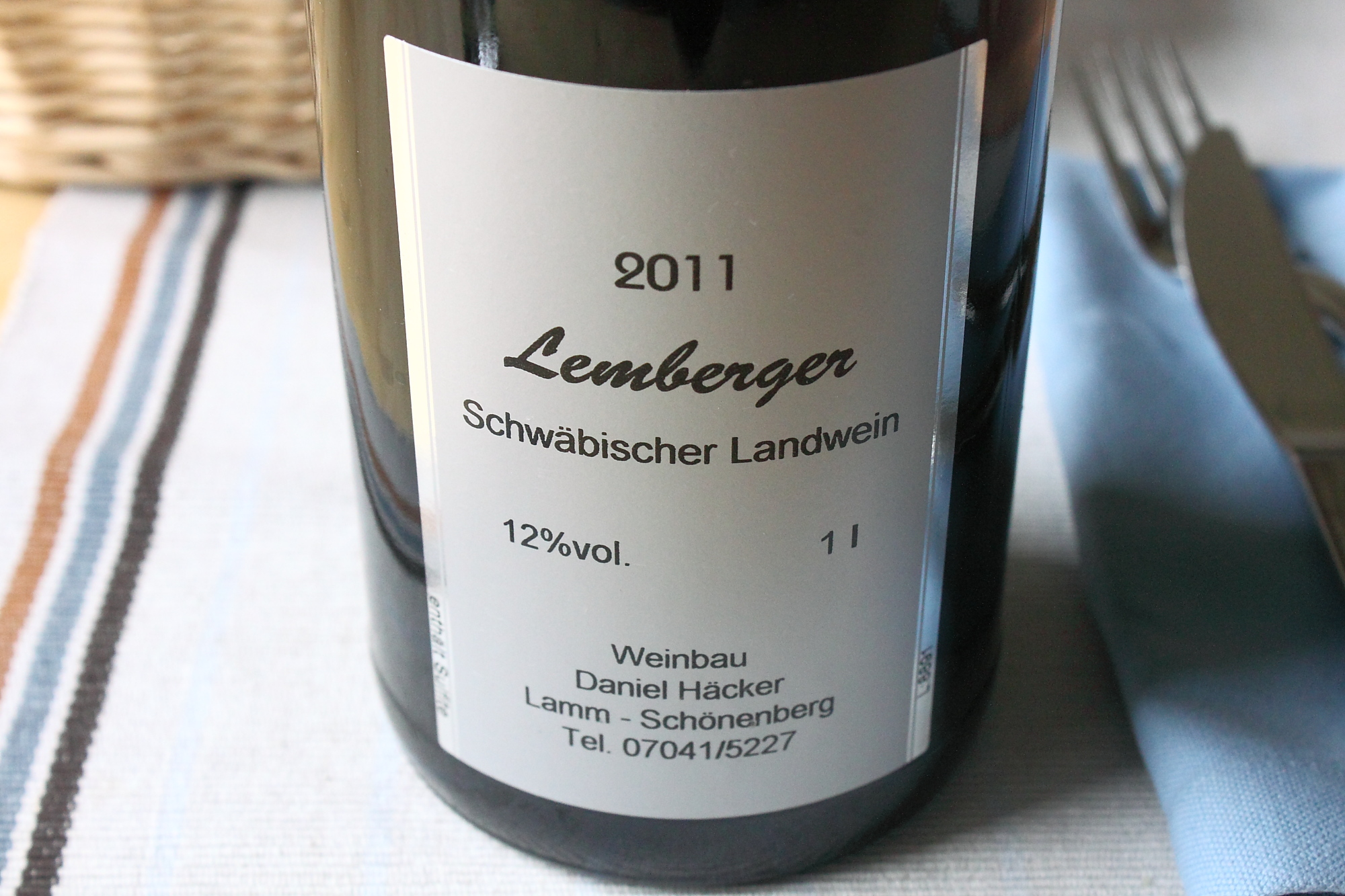 So what is this? A "Schwäbischer Landwein", which makes it formally a very second-rate product, but, given the self-defeating nonsense that is German wine law, most likely simply means that the makers couldn't be bothered to enter the bureaucratic maze that would procure them any higher appellation.

Bright cherry red with a purple tinge. In the nose, berries galore: raspberries, currants, cassis, a whole glass of freshly pressed berry juice. This doesn't smells like endless depths, but like some fun. On the palate, it's sweet berries again, and an unusual combination of a good dose of residual sugar on one hand, and a dry, cassis-scented finish on the other. No body or tannins to speak of, but a nice, clean presence of fruit, with no ugly notes.

I guess Robert Parker, when in a charitable mood, would call this a quaffer. But Robert Parker will never taste this wine, nor, I'm afraid, will you. It's greatly enjoyable in the sense that I did it enjoy it very much, but I hope I don't need to point out that this is not in anyway an objective score. Liquid nostalgia I guess would be the term: My grandparents, who lived in the region all their life, died last year, and now I won't get the chance, or feel the inclination, to explore the region quite as often, if at all.