Sparkling wine is very popular in Germany. Very. As a matter of fact, the Germans consume more than a fifth of the world's production of bubbly. The Wine Rambler is a little less addicted, but we are getting more and more into Sekt, as sparkling wine made in Germany is called. We even made it one of our New Year's resolutions to pay more attention to the world of sparkling wine. This is my first contribution, and it was a most pleasant task. 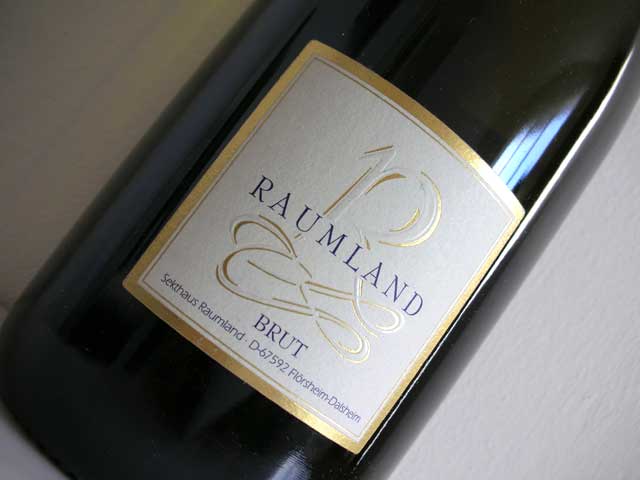 The sparkling wine in question was made by the Raumland winery. Raumland, based in a village with the wonderful name of Flörsheim-Dalsheim in Rhineland-Palatinate, are specialists for sparkling wine, or 'Sekt' as the Germans call it. So much so that some of Germany's top estates trust Raumland with producing their sparkling wines for them. Raumland are doing such a good job with this that you can find listings of top German sparkling wines that only contain Raumland Sekt or sparklings produced by Raumland (which is not always mentioned on the label). 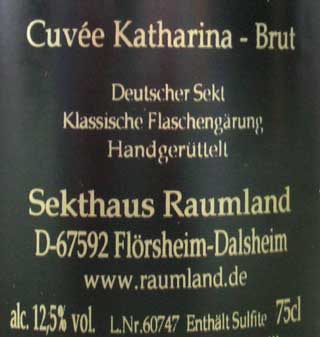 Raumland use a careful separation process during the pressing of the grapes to ensure that the best grape juice goes into the high quality Sekts. The Cuvée Katharina, named after one of the Raumlands' daughters, is made from some of the lower quality portions. We can only speculate what Katharina Raumland has to say about this.

Anyway, the Cuvée Katharina is labelled as 'Brut', which in legal terms means it can have a maximum of 15g of residual sugar per litre. Obviously, a non-sparkling wine with that (potential) amount of sugar would no longer be classified as 'dry', but sparkling wines have their own classification - which makes some sense seeing as a Sekt with the same amount of sugar would taste drier than a non-sparkling. This is caused by the high level of carbon dioxide in the sparkling and a higher level of acidity in general. 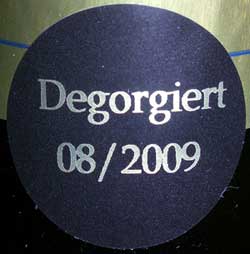 In Germany, there are several legal requirements for a Sekt: at least 10% alcohol, at least three atmospheres of pressure and at least nine months of secondary fermentation. Raumland use 'klassische Flaschengärung' for their Sekt, also known as traditional or 'Champagne' method of fermentation. This means that a second process of fermentation in the bottle is triggered by adding yeast and a small portion of sugar; this produces the carbon dioxide bubbles that make the wine, ahm, sparkling. The secondary fermentation can also be started in big tanks, the 'Metodo Italiano'; alternatively, it is possible to simple inject CO2 in the wine - the cheapest method, but also the one that leads to the least interesting sparkling wines. If you use the traditional method, as Raumland do, you need to get rid of the dead yeast in the bottle at some point. The process is called disgorging, and the Cuvée Katharina was disgorged in September 2009.

The colour is best to be described as a wood-brown yellow-gold. Obviously, there are lots of bubbles at first, but after a good hour or so you could almost confuse it with a non-sparkling wine from afar.

Immediately after opening the bottle the Sekt fills the room with yeast aromas. While the yeast recedes soon, the fresh acidity remains, supported by fruit, herbs and lovely dessert aromas - biscuit or cake, decorated with exotic fruit, a little citrus and orange, plus some ripe plum and nut. If the bouquet did not have the acidity and a robust core, it would be like a creamy biscuit dessert.

There is also lots of fruit on the tongue, supported by more sweetness, perhaps kirschwasser with over-ripe notes and some peach. The Sekt is well structured and has good balance and substance. Compared to the fruit and freshness explosion the finish at first seemed a little flat, but soon it expanded and left a lasting, tingly sensation not only on the tongue, but even more so in the throat. 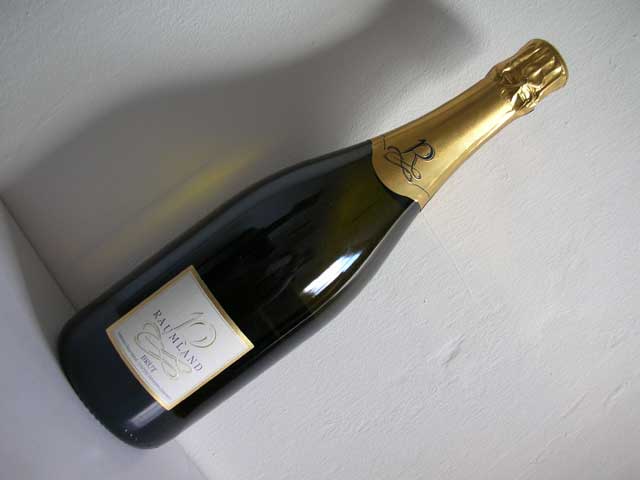 Body, structure, freshness and tingly bubbles, the Raumland has it all. While I remember our recent encounter with another Sekt a little more fondly, 'Katharina' is a really good sparkling wine - and excellent value. I challenge everyone to find me a sparkling wine of this quality for a similar price. Bring it on!

Raumland is indeed a top sparkling wine producer, probably Germany's No. 1. Have you tried the award winning Nyetimbers from England? How do they compare?

In reply to Sparkling Wines by Christian G.E…

I have yet to venture into English sparkling wine, but it is on my todo-list for this year. One is already sitting in my winerack, not a Nyetimbers though. But I will make sure to add them to my list!

Thanks for the suggestion!