Not tasting wine at the Samos Wine Museum

A map, a camera and a wine glass. These are the essential tools of the civilised traveller. The map will get you there, the camera will capture it - and the wine glass is used to enjoy the exciting wines you discover. Water, food, first aid kit, I hear someone say, are surely more important than a wine glass! Well, I thought so too. After all where there is wine there must also be a wine glass, you would think. 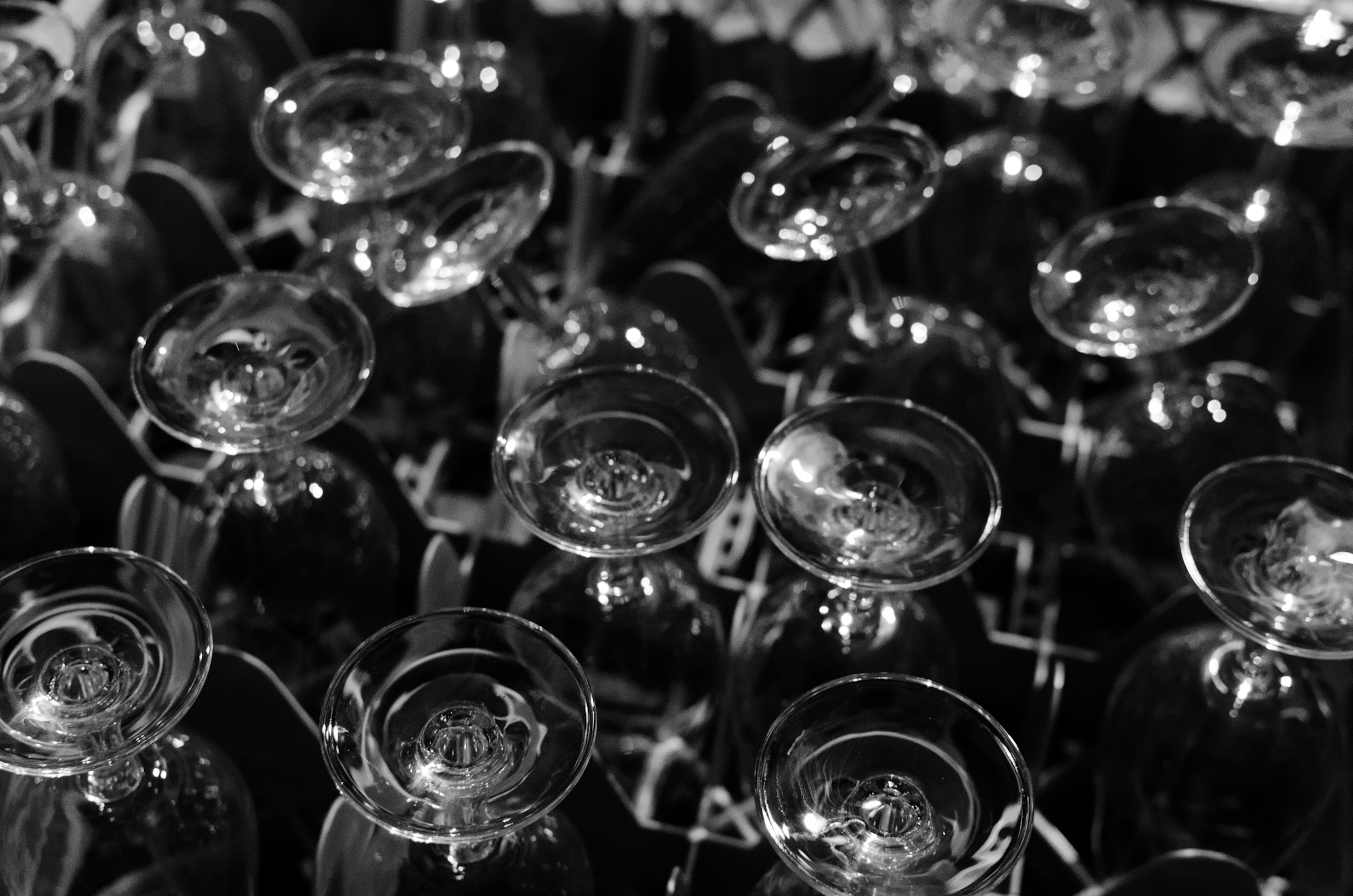 Sadly, you are wrong. Let me tell you a little story - a true story - that happened this summer. It involves yours truly, a map and no wine glass. And the Samos Wine Museum.

There are many good things about my job. I like what I do. I have great colleagues who are so nice, they even return the Nerf darts I fire into them occasionally to relax. And they do send my travelling. Well, usually to exciting places like Didcot Parkway, Swindon or Guildford. However, sometimes I get lucky and this summer saw me was flying to the Greek island of Samos. To make the most of it I attached a couple of days holiday and went exploring.

Despite temperatures around 38C I bravely carried my camera along beaches, over hills and through valleys. One of my goals was to cross the island, have lunch at the capital of Vathy and return in time for dinner. And in-between stop at the outskirts of Vathy to visit the Samos wine museum and bring back stories of my discoveries to you, gentle reader.

Sadly I failed. The hills were hilly. The sun was very very hot. And most importantly the roads were so narrow and the locals drove so fast I was certain I would be run over before I died from sunburn or dehydration. Still I would have happily given my life for wine research, but as the conference team informed me that we would visit the museum anyway before the conference dinner I decided to live to fight another day.

Fast-forward a couple of days. Two coaches unload a bunch of thirsty academics and eurocrats at the entrance of the wine museum. We were greeted warmly, introduced to the museum and the history of Samos winemaking and then shown around the place to marvel at all sorts of objects, ranging from 1930s Samos wine posters to ancient and modern tools of the wine trade.

Samos does indeed have a long history of winemaking, going back into ancient times. This pleased me mightily as with most places I write about I have to make reference to the Romans, but the Greeks don't need a history lesson from them. Samos is also different from other places in that its winemaking is controlled by a cooperative, the Union Of Winemaking Cooperatives of Samos, who run the two wineries of the island and set the quality standards.

Most of the grapes grown come from a single grape variety, Moschato Aspro (internationally better known as Muscat) that was planted widely after the island was hit by phylloxera in the late 19th century. Muscat now grows on about 97% of the 1,600 ha of vineyard land in Samos, with the rest left to table grapes and two local red varieties, Ritino and Fokiano, that are used for the production of rosé. Interestingly, most of the wine made here is sweet - a substantial, luscious style for which the island has developed some reputation, also internationally. Having never tried any of these wines I was looking forward to the tasting session at the end of the tour. And disappointed.

Not by the wine, I hasten to add, as I didn't really manage to taste any. Having underestimated how greedy international academics could be I was one of the last people to enter the tasting room - and "tasting room" gives the wrong impression, we are talking about a large, dark warehouse or cellar - and found the boxes with tasting glasses that had teased me earlier to now be empty. And the access to the wine blocked by an army of scholars.

So I ventured back to the reception to find that they had run out of glasses. I was given a dusty plastic cup and thrown back in, to the hungry wolves. Any effort to document what happened after failed, but let me say I shall never again taste wine with more than a dozen academics. I found an almost empty bottle, poured a little in my cup, set the bottle down again to take a photo, only to have a greedy hand snatch it away before I could even lift the camera. The cup tasted odd. With some wines I did not even have a chance to see what was on the label, other bottles were already empty. I remember tasting something that could have been nice, but it was hard to say under the circumstances.

So, gentle reader, there are three lessons for your consideration. One is for the managers of wine museums, especially one that "is considered a success", as the website says: make sure you have clean tasting glasses around; you never know when a journalist might be hiding inside a herd of visitors. The second lesson is for those who sometimes mingle with academics: just because some are slow and unexciting when giving a paper does not mean that you should underestimate the speed and determination when there is free alcohol available. And last, but not least, a civilised traveller should always have a wine glass in the bag. Trust me!

Another rule when in the

Another rule when in the company of academics (& especially archaeologists) with free wine: never underestimate the ability of an academic to fill a/your glass such that the meniscus is convex rather than concave.

It's a shame you missed out on the wine tasting as Samos is the only place where, when walking in the hills & happening upon a small taverna for lunch, I emptied my water bottle and had it filled with wine from the barrel!

Palivou, Anemos white, 2008
New York City wine merchants, part 2: Soho Wines, ABC Wine Company, September Wines, Smith & Vine
After the frost - the trials and triumphs of a Württemberg winery
What is and who goes on a wine press trip? Wine Rambler on the road in and around Rheinhessen
Death, dreams and destiny - the place of family, obsession and rock 'n' roll in German winemaking